Fifteen Facts You Want Regarding the Mazda MX-5 Miata 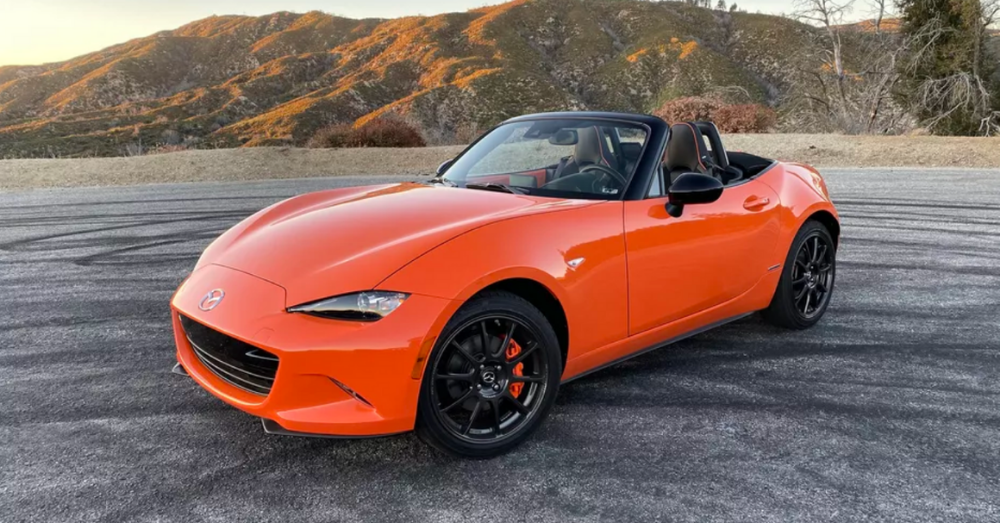 Whether you’ve owned a Mazda MX-5 Miata in the past or you’re considering one now, you might hear voices in two camps regarding this car. The Miata has been a cute and small roadster since 1989 that might feel a bit on the youthful side, but what’s wrong with that? This car has been the poster child for the “zoom zoom” mantra and it can be the car you love to drive.
Here are fifteen facts about the current version of the Mazda MX-5 Miata:

Every model of the Mazda MX-5 Miata has a two-liter four-cylinder engine that can be paired with either a six-speed manual or automatic transmission to give you the power you want for this lightweight car. You’ll have 181 horsepower for the current version, which is 26 more than what you had in the past.

Blind-spot monitoring uses electronic detection devices near the rearview mirror to detect if another vehicle is in the area. You’ll have a visual signal and audible noise with this feature, but if you still try to move to a lane you shouldn’t, the Mazda MX-5 Miata will gently steer itself back into the current lane. This is a helpful device to keep you safe when you’re out for a drive.

The rear-cross traffic alert feature of the Mazda MX-5 Miata is helpful when you’re backing out of a parking lot or driveway. This feature detects other cars approaching to help you avoid hitting them. The system will alert you with a warning if another vehicle or other object is approaching your vehicle while you’re slowly backing up. This helps you stay out of some of the most annoying accidents you could be in.

You want to avoid a front collision while driving around urban areas and in congested traffic. The Smart City Brake Support will help. When you’re driving at low speeds, a sensor detects cars in front of you and will prepare the brakes to be engaged if you don’t take action to avoid an accident. You’ll be pleased to have this system if it every activates.

The lane-departure warning system of the Mazda MX-5 Miata alerts the driver that the car is going to get out of the lane. If you ignore the system, it will try to steer away from the lane line and center the car once again. This system uses a camera mounted in the windshield near the rearview mirror to figure out where you should be in the lane.

You might not expect to have nine speakers in the small cabin that is the Mazda MX-5 Miata, but you will find the Bose audio system that offers you nine speakers to create the “Mazda Signature Sound” that gives you the feeling you want when you drive. Get in and let this sound system amaze you while you take a ride in this car and enjoy what it has to offer.

Enjoy the Sport-Tuned Suspension of the Mazda MX-5 Miata

The amazing suspension system offered in the Mazda MX-5 Miata helps to iron out bumps in the road to ensure a smooth ride on the road. You’ll love the smoothness of the drive and know that you’ve found the feeling you want when you toss this little car around on the roads you’ll see. Experience what the Miata brings for your daily drive.

This Car as a Limited-Slip Differential

The limited-slip differential restricts the difference in the rotational speeds of the wheels. This means it feeds power to the wheels that need it with the inside wheel receiving less power during a turn. This feature improves the traction of the ride on the way out of the corner. With this item, the ride in the Mazda MX-5 Miata is much better than it would be without it.

Enjoy the Bilstein Dampers of the Mazda MX-5 Miata

When you want a serious advantage in the drive, you want to make sure the car you drive has a set of Bilstein Dampers. The Mazda MX-5 Miata has these for you to give you the sensors you need and the comfortable road ride that you’re looking for. The sensors in the dampers control wheel speed, suspension force, and engine control to make sure the ride feels perfect.

While the feature doesn’t sound sexy or impressive, the front shock tower brace that’s part of what you find in the Mazda MX-5 Miata makes it easy to avoid the shakiness that comes with some cars that have a double-wishbone front suspension. This item joins the two shocks together to help absorb the bumps better when you’re driving this car. You might not think about it often, but this feature is always working for you.

A Premium Interior is Found in the Mazda MX-5 Miata

When you look in the cabin of the Mazda MX-5 Miata, you’ll find improved materials and an elegant style. You can enjoy burgundy Nappa leather with gray stitching to give you a nice contrast in the cabin. There’s also a tan and black leather option that can give you a look that’s a bit more conventional but still impressive.

The i-ActivSense Package gives you a series of safety items that can be perfect for you in the Mazda MX-5 Miata. This package uses cameras and radar to recognize potential danger and keep you from being in a crash. The car can automatically control the speed and maintain distance, making it a useful car for you to have the confidence you need when you’re ready to take a drive in the Miata.

This Mazda has Low-Speed Automatic Braking

Some of your driving is done at low speeds in the city or town that you live in. This is where you might be in an accident, but the low-speed automatic braking feature of the Mazda MX-5 Miata can help keep you out of trouble. This is part of the Smart City Brake Support which was already discussed and is made to keep you from trouble on the city streets.

Get Connected in the Mazda MX-5 Miata

You’ll have the benefits of the infotainment system you want with the Mazda MX-5 Miata. This system allows you to get connected using Bluetooth, Apple CarPlay, or Android Auto to ensure you can enjoy the ride. The apps and features you use on your smartphone will be present on the screen in the center of the dashboard when you drive this car and enjoy this amazing system.

A Choice in the Top

Older models of the Mazda MX-5 Miata only offered you a soft top to have the convertible feeling you want, but newer models give you an upgrade. This upgrade is that you can now choose between a soft top and a hard top to have the look and style you want. The hard top provides better protection for you and your passengers to stay safe when you’re on the road in this little roadster. 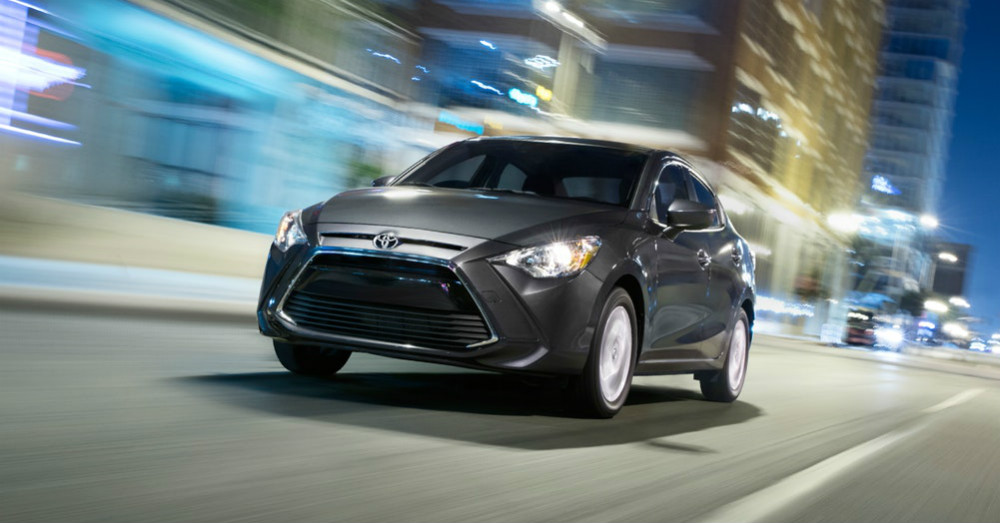 The Partnership of Two Giants

When you think of car models from Japan two of the names that have experienced some of the greatest success that you can easily name are Toyota and Mazda. For 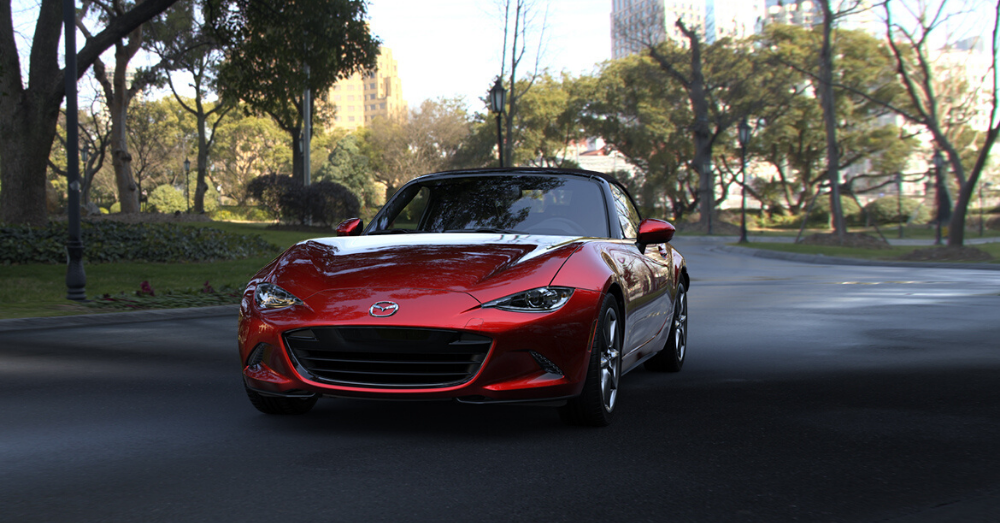 Special Driving at Your Mazda Dealer

The “zoom zoom” mantra of the Mazda brand has been part of the atmosphere you expect to enjoy when visiting your local Mazda dealer for many years. Every vehicle that 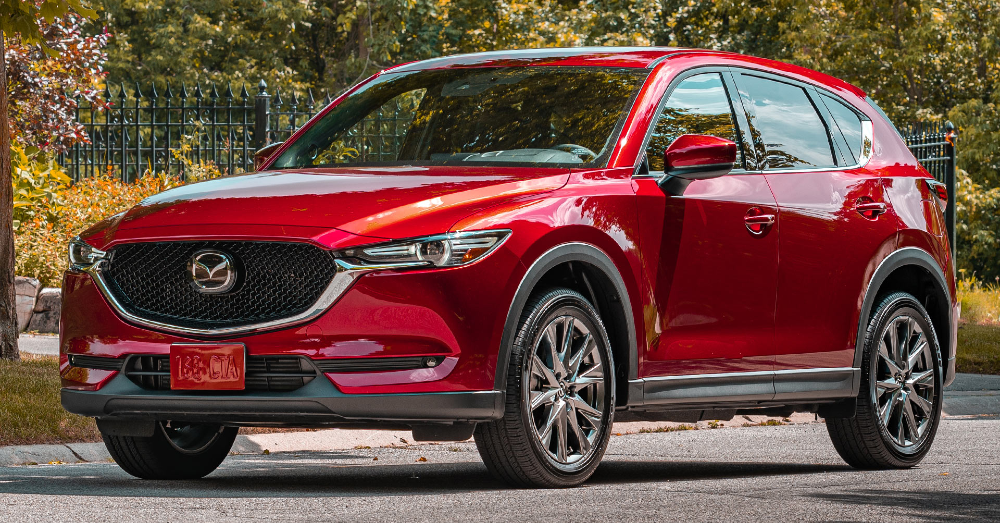 Not all compact crossover SUVs are created equally and the 2020 Mazda CX-5 is a model that proves that you can have more in the SUV you drive.