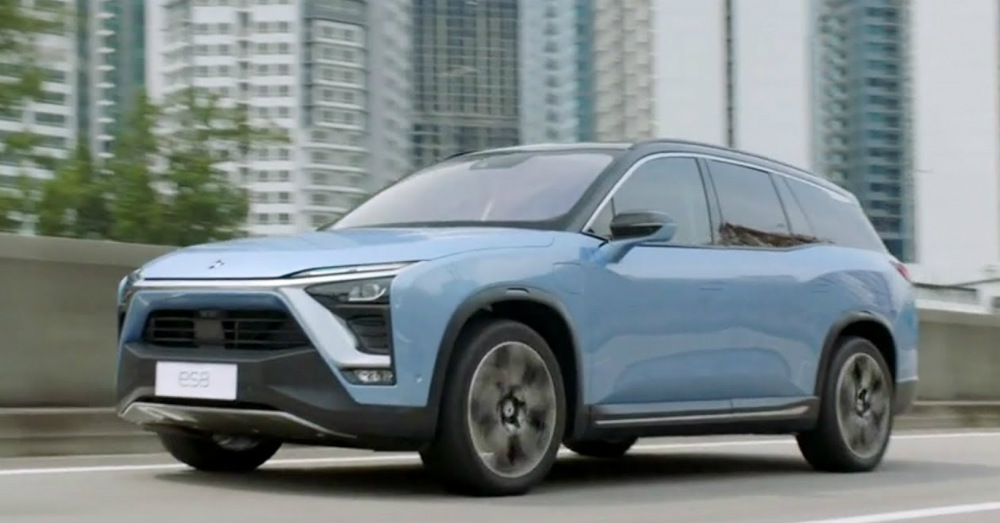 Why would we be interested in a car company that is based in China? Mostly because this company has created something interesting, brought about a different thought about EV driving, and will eventually have the vehicles sold in the US. NIO is ready to bring their first vehicle to market with the new ES8 which is a full-size SUV that is offered with the seating you need for seven people and the qualities you’re looking for when you want an EV model to drive and experience on the road, which could make it one of the most impressive EV SUVs built so far. This SUV that’s going to ride on a pure EV drivetrain is one that is offered with an estimated 220 miles of range and has motors that are mounted on the front and rear axles. The ES8 will be standard with AWD and have a standard active air suspension for a smooth ride. The output of the two motors comes out at 644 horsepower and 620 lb.-ft. of torque to allow the ES8 to reach sixty mph in only 4.4 seconds. This vehicle uses a body and chassis built entirely of aluminum to keep the weight down.The difference in the charging for the NIO ES8 is the fact that this vehicle is being built to allow the batteries to be swapped out to allow you to have another 220 miles of range to get where you need to go. While we don’t know how this change will take place just yet, the plan is to put this vehicle on sale sometime in the first half of the 2018 calendar year in China and it will eventually make its way to the US as well to give you a luxury-laden EV SUV that you’ll be ready to drive when it arrives on the market

More You Can Enjoy from NIO

The team at NIO is also ready to begin the ordering process of the new EP9 hypercar that will be offered as a vehicle that’s perfect for the drive. The first six versions of this new hypercar were built for some of the NIO investors, but the next run of ten will be built with a high price tag. This is a car that shows off with the amazing power of 1,341 horsepower coming from the four electric motors for the drive around a track as a seriously limited model.With these two models, the NIO team will give the world something new and interesting; especially with the battery swapping feature of the ES8 that can be the EV SUV that you’ll want for the drive. It will be highly likely you’re going to see a variety of NIO models in the future as the team looks for additional ways to use an EV powertrain in order to give us the drive that will eventually be something that everyone can purchase, in much the same way the team at Tesla has done already.