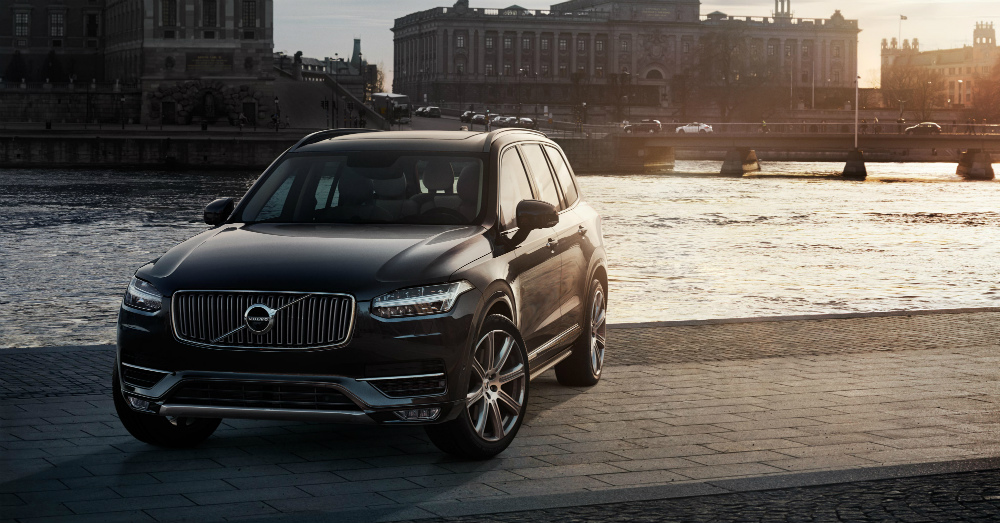 Sometimes you just have to drive a large SUV.  The proof in this fact is present with the success the Volvo XC90 has already experienced.  With a complete redesign for 2016 the XC90 is all new and brings in a larger size, seven-passenger seating, all-wheel drive and a level of style and sophistication that is unmatched in the industry.  As Volvo continues to offer us some great vehicles it also aims at finding different styles to entice us and the XC90 is no different by giving us a plug-in hybrid in a large SUV to be more efficient than most vehicles of similar size.

The XC90 plays in a market that includes the Acura MDX, Audi 17, BMW X5, Infiniti QX60 and the Mercedes-Benz M-Class which means it has to really be something special to compete.  As expected there are plenty of awesome safety features, but this is also a vehicle that provides a comfortable ride with some great fuel efficiency, which is not the primary concern for most of the competition.  The safety and efficiency certainly put the SUV in a class by itself, but if that was all it would be a boring vehicle to discuss, which it certainly is not.

Starting with the driving this vehicle even though it is larger is actually lighter and stronger than the outgoing model.  The new SPA structure adds a new double-wishbone front/multilink-rear chassis that is sport tuned and offers a much better response than many other large SUVs.  The drive in this big brute is planted, responsive and controlled, giving you the confidence you need to take turns and curves at speeds along with offering the ability to head out on the trails whenever desired.  The automatic ride-height adjustment of the suspension makes it even better to offer a level ride regardless of what the roads and trails offer.

While the drive is awesome and engaging you want to have an engine that will get you going quickly in order to feel confident heading into traffic, or to simple unleash the beast within whenever possible.  Two very dynamic engines offers great power for the XC90 to enjoy that are both attached to a very smooth eight-speed automatic transmission.  The first engine is a 2.0-liter supercharged and turbocharged inline four-cylinder engine that carries in 316 horsepower and 295 lb.-ft. of torque.  This powertrain can give you a fuel mileage performance of 20 city/25 hwy mpg which is pretty good for a large SUV.

The hybrid variant carries the same engine but adds an electric motor to up the power to a full 400 horsepower and 443 lb.-ft. of torque.  Not only does this setup have a pure electric range of 25 miles but it also pushes the extra power to the rear wheels to help with the rear power.  This beauty can run to sixty mph in only 5.9 seconds; a great time for a large beast of burden.  Both versions can tow up to 5,000 pounds and run on premium gasoline.

We’ve got power, we’ve got a great drive, but what else do we get for the money?  This is a luxury SUV and with the size a lot can be put inside.  The standard features offered include the Sensus touch-control interface and GPS navigation, a ten-speaker/330-watt audio system, quad-zone climate control with Clean Zone Air Quality System, a panoramic sunroof, a Wi-Fi hotspot, the Volvo City Safety System with Pedestrian and Cyclist Detection and Avoidance, Lane Departure Warning, Run-off-Road protection and automatic braking for when you inadvertently turn in front of an oncoming vehicle.

As the largest SUV in the Volvo lineup the XC90 offers you a lot more than most of the other luxury SUVs on the road at prices that are much less than the completion.  More for your money has always been a good thing, and Volvo brings it to you with this SUV, now it’s time for you to give it a spin and make it your own. 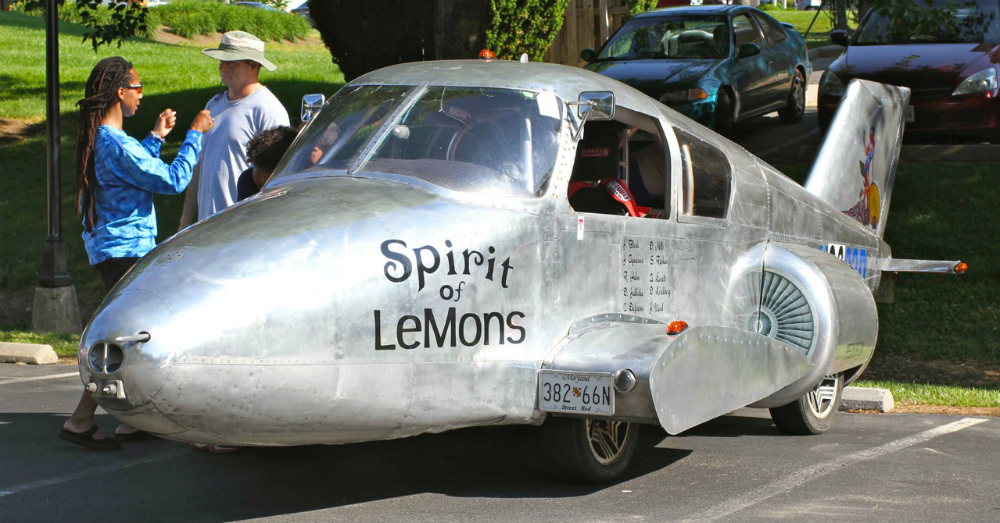 Cessna-Car Confuses People on I-95

When you take a 1987 Toyota van and put an old Cessna plane shell around it, there are two things that are bound to happen when you take it out 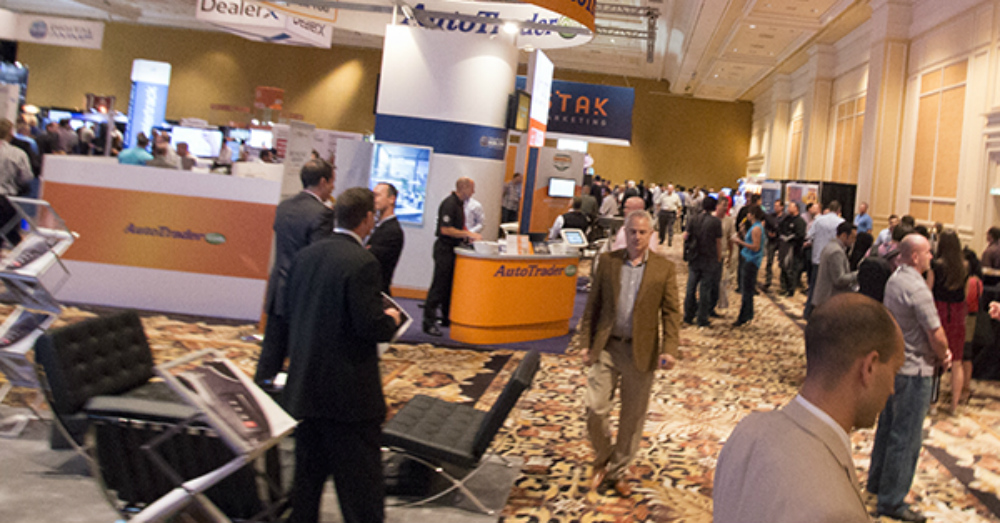 Focus on the Core Functions, not the Glitz of Many Dealer Marketing Products

It’s very easy for us as former dealers to point our fingers at others and tell them that they’re doing it wrong, which is why we rarely do it. There 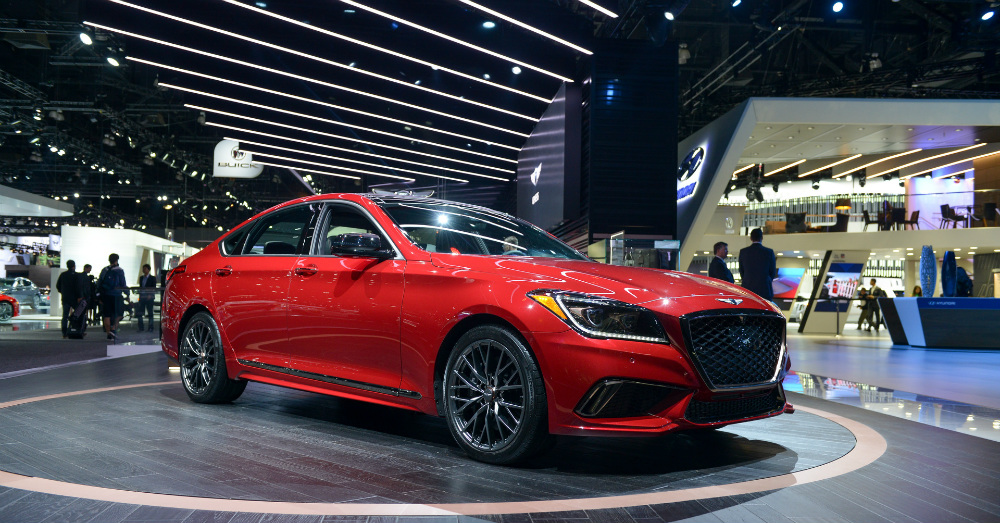 The automotive industry moves so quickly its often difficult to keep up and understand how fast you need to move to stay ahead of the rest. Genesis is a new